WHO ARE THE FIRE POLICE ?

WHAT ARE THE DUTIES OF THE FIRE POLICE ?

It is the responsiblity of each Fire Police member to preform their duties under the supervision of the Fire Officer in charge at the fire scene or drill.

1. To protect property and contents.

2. To establish and maintain fire lines.

3. To preform such traffic duties as needed from the fire
station to and at the vicinity of the fire, drill or other
emergency call, until an authorized police officer
arrives.

4. In the absense of investigating authority, Fire Police
shall investigate all causes of fire and preserve all
evidence and turn over evidence to proper investigation
authorities.

5. To wear the Fire Police badge on the left side of garment
while on duty.

HOW DO WE IDENTIFY FIRE POLICE MEMBERS ?

Fire Police assist in circumstances that may be hazardous. Fire Police wear proper protective gear to

protect their well-being and provide identification of their role in the Fire Co.

The following is worn by Fire Police members of Station 29:

1. Badge worn on leftside with identification
2. Traffic vest with Fire Police lettered on it.
3. Protective helmet. 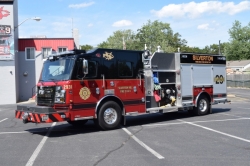 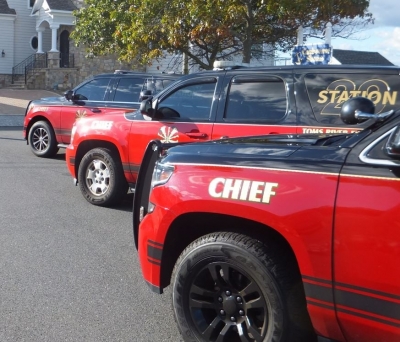 This site has been viewed 176,130 times.
News
Events
Pictures
Apparatus
Maintained by the members and staff of Silverton Volunteer Fire Company #1. Designated trademarks and brands are the property of their respective owners. Copyright © 2006-2022. YourFirstDue Inc. All Rights Reserved. Content on this web site is supplied by Silverton Volunteer Fire Company #1. YourFirstDue Inc. cannot be held responsible or liable for any content, text, pictures, or any other media found on this web site.
Management login
Powered by